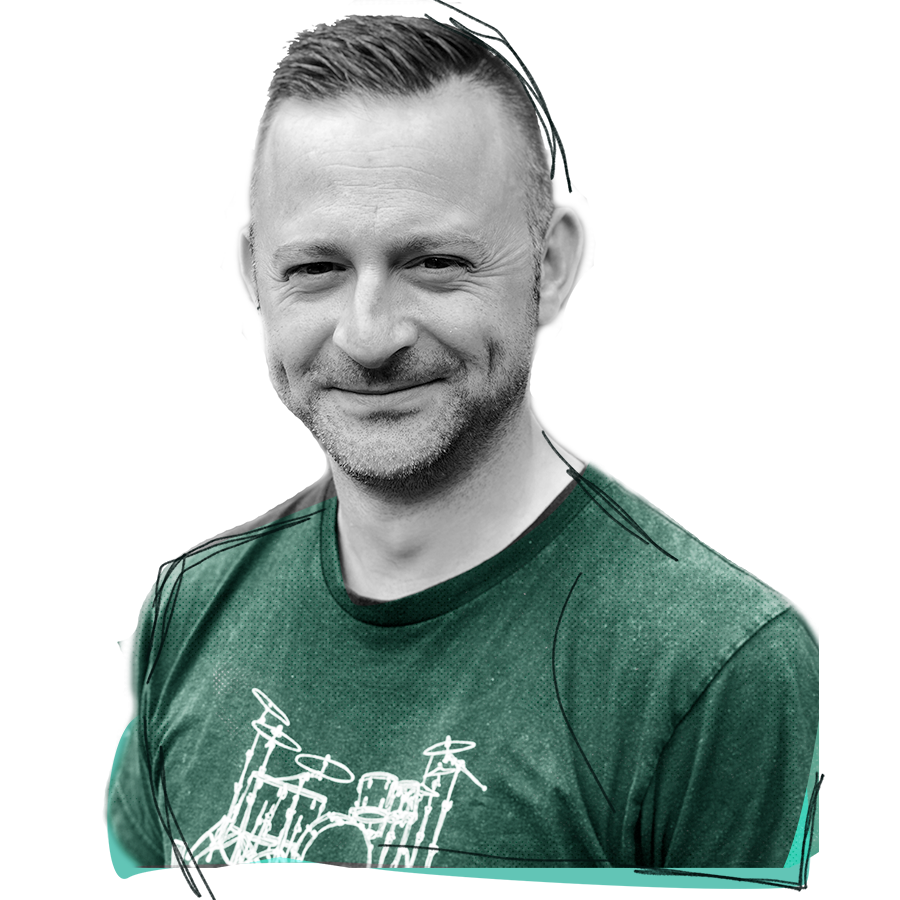 We recently had a Statamic project that needed to make use of Envoyer.io to enable zero-downtime deployments. If you don't know, Statamic is a great flat-file CMS, not a static site generator (at least not yet) that allows your content (and everything else) to be versioned controlled.

Whenever a client makes changes to their content, those content files become Markdown files on the server and you need a way to get those changes back into Git.

The problem with using Envoyer, compared to Laravel Forge, is that it doesn't deploy a cloned Git repo. Instead, it just deploys the files into a release.

There's 2 ways you can work with Envoyer and each will really depend on your team/client workflow.

Using the Asana example would totally allow for you to then deploy what you have using Envoyer.

Our solution to our client's workflow was to create a secondary environment daemon-manor-liquor.clientdomain.com (Yay for 1Password string generation 😂).

This secondary environment is a small Digital Ocean server provisioned via Laravel Forge which then deploys a branch called cms. This becomes the CMS environment that content editors use.

You can, of course, use Laravel Forge to create firewall rules limiting access by IP. Or, if it needs to be publicly accessible (you also don't want Google crawling it) use this snippet inside index.php

This is a great piece of code that protects an environment from prying eyes. However, make sure you change the SERVER_ADDR to match the public IP for your server.

Next, we turn to Spock. 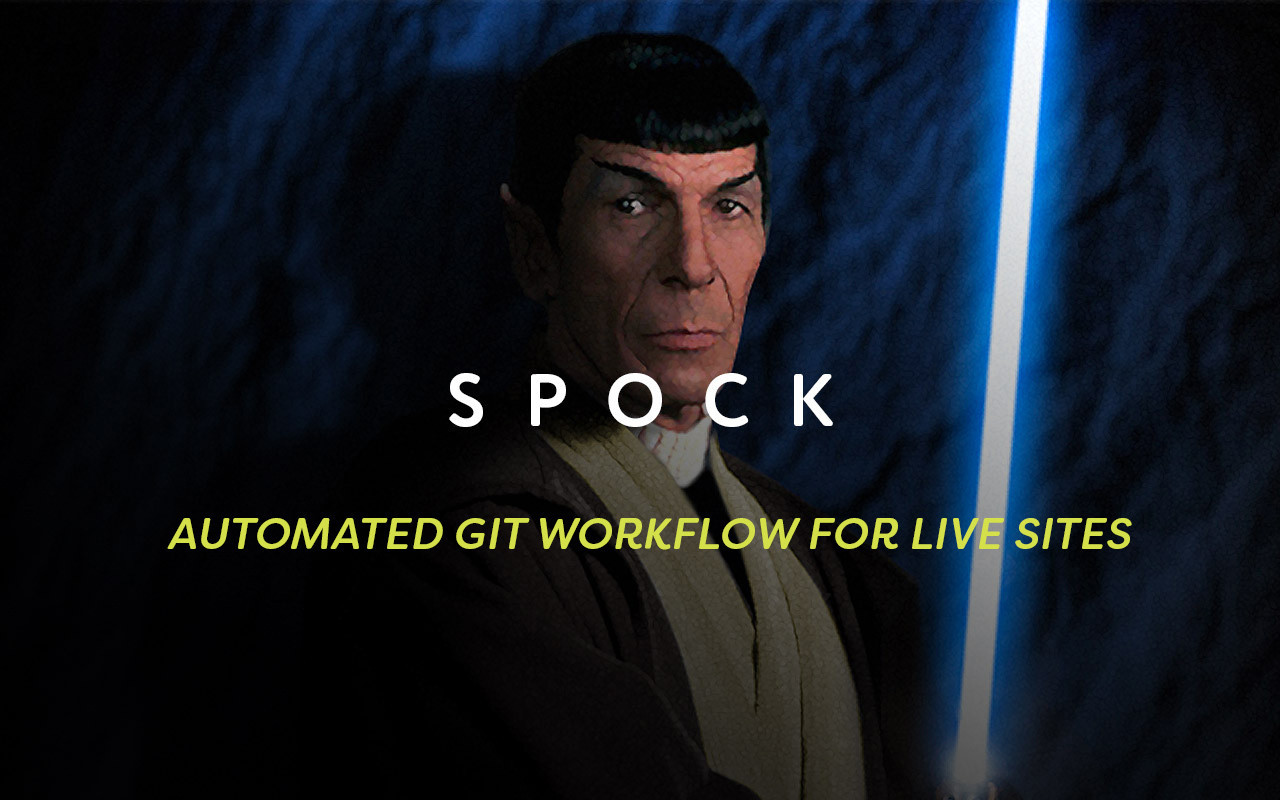 Spock is a nifty first-party (the Statamic team made it) utility for Statamic.

With Statamic built on Laravel, it listens for a series of different events within the Statamic app - page saves, form submissions and such - and with each event, Spock commits that change to Git, along with the user name, giving you an instant audit trail 🙌🏼. 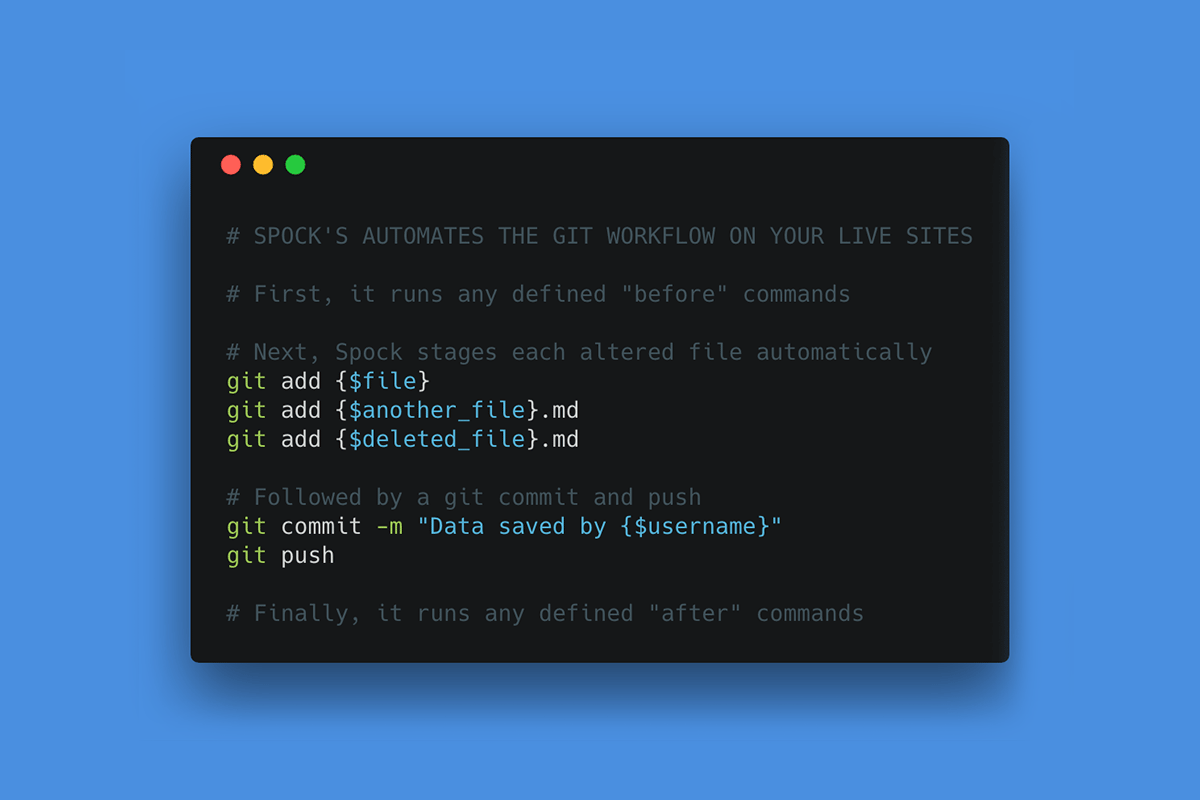 Then we have an environment variable GIT_PUSH=true set to push those changes back to Github.

From there you can manually merge those changes into master and then deploy with Envoyer 😎. 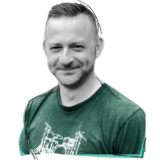 Building a custom component that operates on chunks of data is easier than you may think. It involves understanding how Vue handles the input/update cycle and making a few changes to your component. Let’s start by taking a look...

Have Dinner With Us at Laracon

We all remember our first professional conference right? It can be intimidating, overwhelming, and hard to meet folks. That's why we want to help new-comers network and ease into Laracon next week. On Tuesday, July 24th at 6p...